Three years ago, the HR team at Stockton Unified School District — a 40,000 student district in California’s Central Valley — looked a lot like many K-12 HR teams across the country: heavily compliance driven and paper based. However, in 2018, the SUSD HR team embarked on a five-year plan aimed at becoming a best-in-class human capital organization, known for innovation, customer service, and a people-first approach. This vision aimed to empower school leaders as strong human capital managers, to engage HR in data-driven decision making, and to support other departments in delivering outstanding results for students.

Hiring strong talent would be a critical piece of the District’s approach. Thus, in the early days of its strategic plan, the District engaged in a study to look at the current state of its recruitment and hiring operation. Overall, it found that the HR team spent about 60% of its time on non-strategic tasks like data entry or scheduling interviews, while it spent only 12% of its time on active recruitment and cultivation of candidates. As a result, candidates often felt stressed by delays in hiring decisions and worried about the overall culture of the organization. One of the early steps the District took to address this concern was to implement Nimble as its applicant tracking and onboarding system, with the goal of transforming its talent acquisition to a data-driven, streamlined process.

Nimble empowers principals as human capital managers through two key features that go hand-in-hand: pooled postings and asynchronous school applications. Unlike any other applicant tracking system — in education or otherwise — Nimble is designed to accommodate K-12 hiring through its pooled posting infrastructure, which allows districts to post individual talent pools that account for multiple vacancies. Once candidates apply, their application for that one pool is automatically parsed into multiple asynchronous school applications, which allow principals to move candidate statuses independently within a shared talent pool. This gives candidates a streamlined application experience, while enhancing transparency and communication between schools. The SUSD team leveraged this feature to empower their principals to take ownership over their schools’ vacancies and fill rates, while also providing full visibility into the pieces of the process that HR owns. This was a key component to building trust and communication between HR and schools.

The pooled posting feature also allows SUSD to make more data-driven decisions about how to allocate their time and energy. Using Nimble’s data dashboards, SUSD can now see an accurate accounting of things like fill rates and time-to-fill for vacancies in real time throughout the hiring season, allowing them to be as strategic as possible when deciding how to spend their time and budget.

SUSD also leveraged Nimble to fully automate their onboarding process. Previously, District HR personnel had to sit for 30 minutes with each new hire while they completed their paperwork, which cost them 125 hours — or a full three weeks of time — each year, for classroom teachers alone. Now, with Nimble, they’ve set up an automated new employee onboarding workflow and can easily track the completion of tasks and documents through the Nimble portal. The three weeks of added capacity can now be repurposed to proactive recruitment, cultivation, and relationship-building activities, which have helped them to speed up their process and improve the new hire experience.

Although they are just two years into their plan, SUSD has already seen substantial results from their hard work. They’ve cut their time to fill vacancies in half — from an average of 8-10 weeks to an average of 4-6. This is a critical pillar of improved candidate experience and likely contributes to the district’s high offer acceptance rate, which is upwards of 92%. Through the automation of their formerly paper onboarding process, the district likely saved more than three full work weeks of time per year, which can now be allocated to more strategic work. Finally, and perhaps most importantly, SUSD has gone from starting the school year with 100+ vacancies, to being fully staffed by mid-summer two years in a row.

Given what we know about the consequences of late hiring, especially for traditionally underserved students, building efficiencies and improving the hiring experience are critical steps for any district hoping — like SUSD — to become a true K-12 talent leader. We at Nimble are excited to partner with forward-thinking districts like these to ensure they have the modern and data-driven tools they need to succeed. 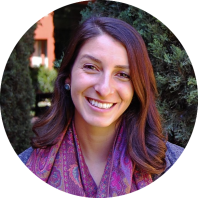